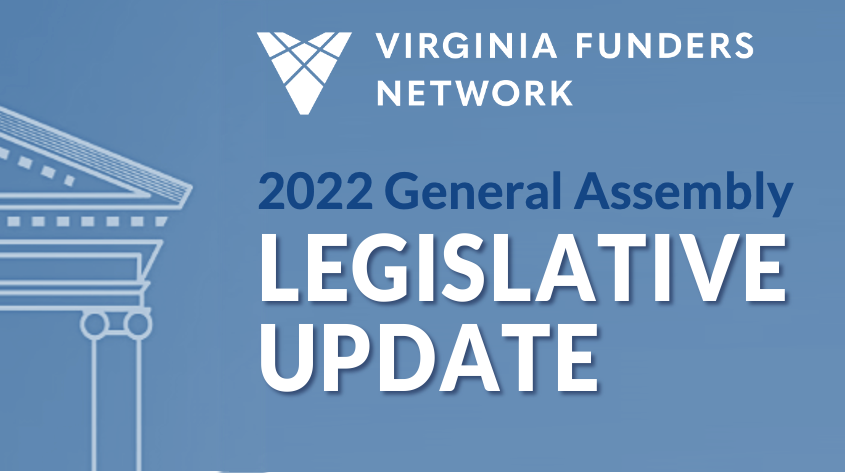 The 2022 Virginia General Assembly ended in mid-March without a budget agreement. VFN held its Post-General Assembly Legislative Update on March 30, 2022, featuring Ashley Kenneth, President and CEO of the Commonwealth Institute and Erik Rison, Vice President of Public Policy and Research at the Virginia Chamber of Commerce. These knowledgeable panelists explained what happened during the regular session and what […] 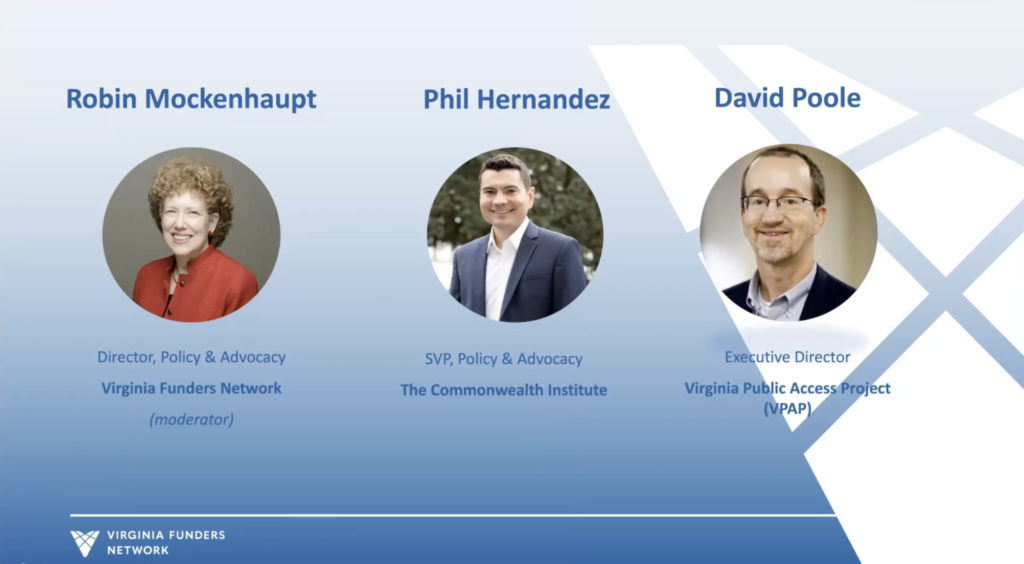 The week of January 9, 2022 is an important time in Virginia politics. On January 12, the General Assembly, with its new Republican majority, convenes for a long, two-month session and, on January 15, Virginia will inaugurate its 74th Governor, Glenn Youngkin.  To help Virginia’s philanthropic community understand and prepare for these political changes, the […]